It's been a joke since 2013 that Coinbase crashes during big moves. Their largely retail customer base flocks to the site and they still can't handle the spikes. 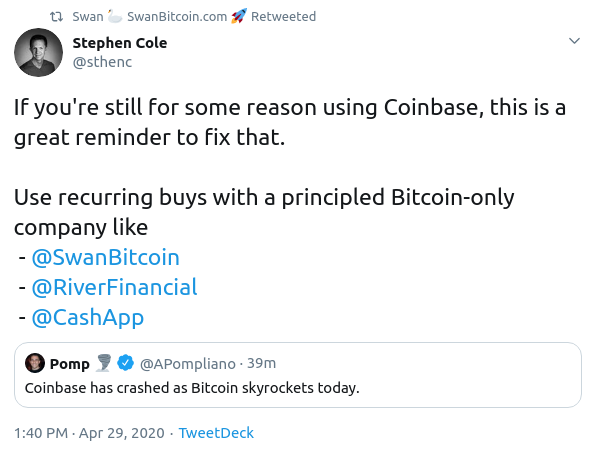